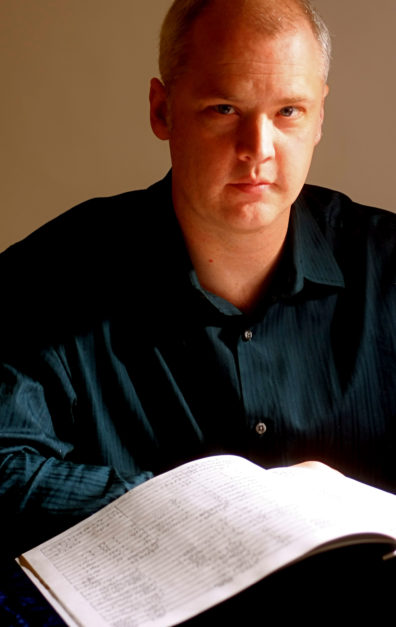 Ryan M. Hare teaches composition, music theory, and bassoon at Washington State University, where he is a Professor of Music. Having served as Composer in Residence for the Washington Idaho Symphony from 2011-2015, his compositions have been heard in numerous venues and festivals throughout the United States, and also in the United Kingdom, Germany, Austria, Chile, Thailand, China, and the Philippines. Named “Composer of the Year” in 2012 by the Washington State Music Teacher’s Association, an honor which endowed a paid commission, other recent honors include a prestigious Artist Trust Fellowship, grants from New Music USA’s “MetLife Creative Connections” program, the ASCAP Plus Award, as well as various grants funded internally at WSU including the Edward R. Meyer Project Grant. Commissions and premieres include those from the Mid-Columbia Symphony, Washington Idaho Symphony, Affinity Chamber Players, University of Idaho Vandaleers Concert Choir, and the Lake Forest College Chamber Orchestra, to name a few.

As a bassoonist, Dr. Hare performs with the Solstice Wind Quintet and also serves as principal bassoonist for the Yakima Symphony, the Washington Idaho Symphony, and co-principal bassoonist with the Walla Walla Symphony. Having accepted his first professional performance opportunity on bassoon at age 18, Hare has maintained a very active freelance career and is in demand with numerous ensembles, including many of the other leading professional orchestras in the Pacific Northwest. In recent years, Hare has been a regular performing artist at the International Double Reed Society annual conferences, and has performed solo recitals and taught masterclasses all over the U.S.