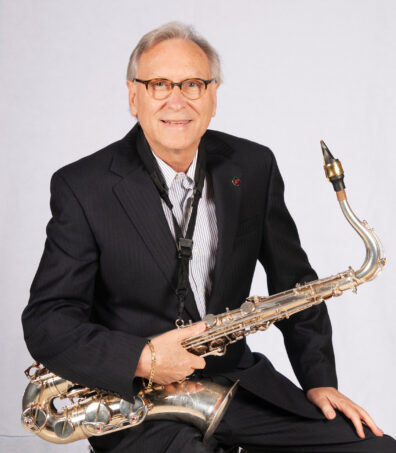 Gregory W. Yasinitsky, Emeritus Professor, retired in 2022 after serving 40 years on the School of Music faculty. At WSU, Yasinitsky earned the rank of Regents Professor and received significant recognition including the Eminent Faculty Award—the top honor available to faculty. He also received the Sahlin Faculty Excellence Award for Research, Scholarship and Arts, the Marian E. Smith Award for Faculty Excellence in Teaching and was selected to present the WSU Distinguished Faculty Address. Additionally, Yasinitsky received the College or Arts and Sciences Distinguished Faculty Award, the College of Liberal Arts Distinguished Achievement Award, the Edward R. Meyer Distinguished Professorship Award and the William F. Mullen Award for Excellence in Teaching. Yasinitsky is a member of the Washington Music Educators Hall of Fame.

Yasinitsky served as Director of the School of Music from 2011 to 2018. During his tenure as Director, the School enjoyed greater visibility and recognition, increases in the number of faculty and graduate teaching assistants, the purchase of new instruments and equipment, and the creation of WSU Recordings, a peer-reviewed, academic recording label.

Yasinitsky is the recipient of the American Prize in Orchestral Composition. Pops Division, for his Jazz Concerto for Piano and Orchestra. His teachers in composition include Joseph Schwantner, Wayne Peterson, Lou Harrison, Samuel Adler, and Robert Morris. Yasinitsky has written music especially for Clark Terry, David Liebman, David Sanborn, and the USAF “Airmen of Note” big band. Yasinitsky served as conductor and composer for the Jazz Education Network All Stars Big Band which included some of the most acclaimed musicians in the world including Tia Fuller, Sean Jones, Roxy Coss, Jeff Coffin, Bijon Watson, Marshall Gilkes, Francisco Torres, Mark Whitfield, John Clayton and others. Yasinitsky’s music has been performed in more than 40 countries and he has received grants, fellowships, and awards from the National Endowment for the Arts, The Commission Project of New York, Meet the Composer West, ASCAP, Artist Trust, Washington State Music Teachers Association (WSMTA), and the Washington Music Educators Association (WMEA).

Yasinitsky is in demand as a conductor and clinician, and has presented concerts and workshops throughout the United States, Canada, Europe, and Japan. Additionally, Yasinitsky has been the subject of articles and reviews in Jazz Player, Saxophone Journal, The Instrumentalist, Jazz Educators Journal, and Yamaha’s New Ways magazines. He is the author of the book Improvisation 101: Major, Minor and Blues, and has contributed articles to numerous scholarly journals. Yasinitsky is a Yamaha performing artist and a JodyJazz Artist.