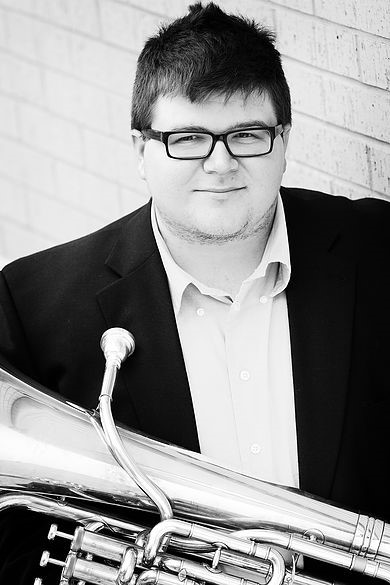 Albert Miller is an award-winning musician and educator from Columbus, Indiana. He specializes in low brass pedagogy and performance on the tuba, euphonium, and trombone. He has received awards and accolades for his performances in international conferences and competitions.  As a euphonium soloist, he has performed with wind ensembles and orchestras across the United States including the Columbus (Indiana) Symphony Orchestra, the Lafayette Symphony Orchestra, and the Fountain City Brass Band. In 2017, J. Kevin Butler said in a review for The Republic that Albert, “Demonstrated remarkable command of his instrument” and that his sound was “flawless”, “sweet”, and “entrancing.”

Albert has performed across genres at venues such as the Montreux Jazz Festival on trombone and the International Tuba-Euphonium Conference. Active as a chamber musician, Albert has performed with numerous brass quintets, tuba quartets, and trombone quartets throughout the United States. He is a founding member of In Motus, a professional Tuba Quartet comprised of college professors and freelance musicians from throughout the United States. Their first CD, In Motus, was released in 2016 to rave reviews. Melinda Bargreen of the Seattle Times called the playing “Agile, mellow, sonorous, and virtuosic”. Albert is also a founding member of the Palouse Brass Company, a professional Brass Ensemble based in Moscow, Idaho featuring faculty members from the University of Idaho and Washington State university. Most recently, Albert was appointed as Instructor of Music at Washington State University where he teaches courses in Film Music, Music Education, Rock History, Jazz History, and assists with the Cougar Marching Band. Prior to this appointment, Albert taught K-12 music in the Colton School District in Colton, WA. Albert has earned a Doctor of Musical Arts degree from the University of Kansas, a Master of Music degree from the University of Arkansas, and a Bachelor of Music Education degree from Indiana State University.