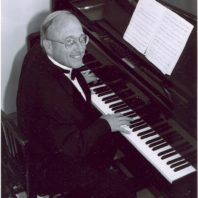 Loran Olsen, Ph. D., is Professor Emeritus of Music and Native American Studies at Washington State University, where he chaired the music department for some years. He has performed, lectured, taught and adjudicated widely, and has served as consultant and reviewer for arts and humanities agencies. His publications include musical
compositions, articles, monographs, reviews, slide shows, movies, videos and CDs. Olsen wrote “Music and Dance” for the Smithsonian Handbook of North American Indians Plateau volume. He compiled the Nez Perce
Music Archive, housed at Washington State University and other repositories, and wrote its accompanying guide. Dr. Olsen’s Idaho Humanities Council project on Nez Perce Music received the 1996 Schwartz Prize, given to the outstanding research project from 56 state and territorial humanities councils. Recent publications include “A Legacy from Sam Morris” and “Hitting the Rawhide—Qilloowawya,” which were his topics at American Indian Workshop in Tromsoe, Norway, in 2008. His presentation on “The Many Arts of Johnny Moses” was offered at the 2013 AIW in Helsinki, Finland.

Olsen was named Music Teachers National Association Foundation Fellow in 2001 and Legacy Fellow in 2002. In 2003 he was named to the Washington State Music Teachers Association “Hall of Fame” for leadership in the development and growth of music education in the State of Washington. Olsen has taught at China Conservatory in Beijing, Inner Mongolia Normal University, and Shenyang Conservatory where he holds an appointment as visiting guest professor. He served two terms as outside reviewer for Western Music Curricula at Chinese University of Hong Kong, and served on the evaluation panel for the 2006 Research Assessment Exercise for Hong Kong universities. Olsen resides in Port Angeles, Washington. Olsen also taught at Walla Walla College, University of Colorado at Boulder, Chinese University of Hong Kong, Inner Mongolia Normal University, and is appointed “Visiting Guest Professor of the Shenyang Conservatory of Music.”