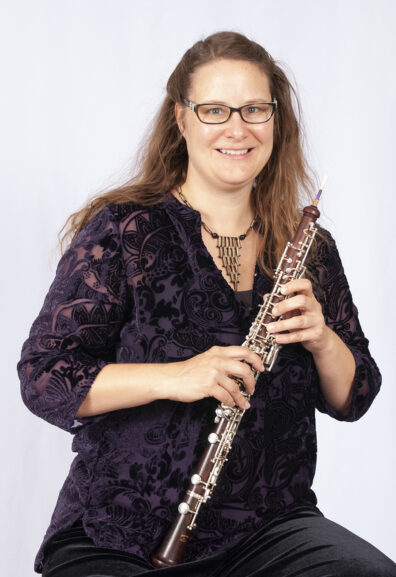 Keri E. McCarthy is Professor of Oboe and Music History at Washington State University, and has cultivated an international reputation as a chamber musician, soloist, teacher, and clinician.

Dr. McCarthy has been active as a performer and researcher throughout Southeast Asia. She is a co-founder of the Pan Pacific Ensemble, a chamber ensemble committed to performing and commissioning music of contemporary composers from Asia and the United States.  In 2013 she founded the Light through Music project with bassoonist Michael Garza, bringing double reed instruments and instruction to music centers in Myanmar and the Middle East. In spring 2014 she spent three months in Singapore, and gave concerts in Yangon (Myanmar), Bangkok (Thailand), Hanoi (Vietnam), and Kuala Lumpur (Malaysia). In 2011, she was a Fulbright Scholar in Bangkok, Thailand, researching connections between Thai traditional and contemporary musics, commissioning Thai and Malaysian composers, and performing new works with professional oboists in the Philippines, Thailand, and Singapore. She also completed a 2008 solo tour of Southeast Asia, performing commissioned works by composers from Vietnam, Indonesia, Thailand and Malaysia. She has premiered works by American and Southeast Asian composers at International Double Reed Society Conferences in 2006, 2007, 2010, 2014, and 2015, and was featured playing the Mozart Oboe Concerto with the Washington-Idaho Symphony in December 2011.

Keri currently performs in the Solstice Wind Quintet, the Pan Pacific Ensemble, and in the Washington-Idaho Symphony Orchestra. Previously-held oboe and English horn positions include the Salaya and Evansville Philharmonics and the Yakima and Owensboro Symphony Orchestras. She has performed with the New Haven, Binghamton, Syracuse, Spokane and Louisville Symphonies, and the Nashville and Indianapolis Chamber Orchestras.

Dr. McCarthy completed her doctorate in Music Literature and Performance at Indiana University under the tutelage of Linda Strommen, Roger Roe, and Ted Baskin, having previously completed her Master’s degree with Ronald Roseman at the Yale School of Music, and a Bachelor’s degree at Ithaca College, where she studied with Mark Hill and Paige Morgan.

The oboe studio at Washington State University includes a diverse group of musicians, including performance and music education majors, as well as music minors and non-majors. Reed-making and repertoire courses are offered each semester. Dr. McCarthy’s current and former students have won competitions, been featured as soloists with regional and national-level orchestras, and serve their communities as outstanding teachers, mentors, and musicians.