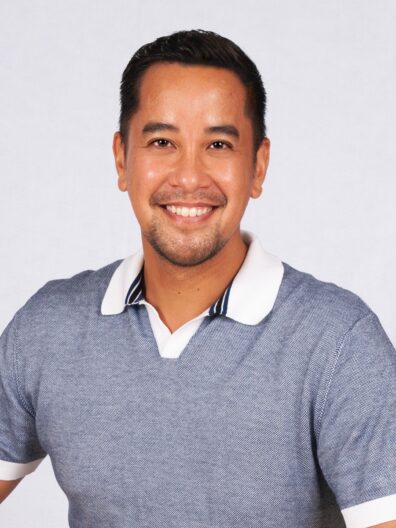 Baritone, Dr. Aaron Agulay is an Assistant Professor of Voice at Washington State University where he teaches Studio Voice, Vocal Pedagogy, Vocal Literature and Diction for Singers. Dr. Agulay was a recipient of the Bayard Rustin LGBTQ+ Excellence award, recognizing advocates/activists for equity, inclusion and social justice and working toward the advancement of the LGBTQ+ community. He is also the recipient of The MLK Spirit award -Community, Equity and Social Justice Award for his contribution of time and effort of WSU community members advancing a climate of inclusive excellence through activism, advocacy, academic endeavors, mentoring, program creation, public service and research, and/or teaching. Dr. Agulay is one of the creative minds who have collaborated to create the Elson S. Floyd Cultural and Performing Arts series, that combines WSU’s commitment to culture and diversity and a space that celebrates this by providing inclusive, creative and educational programming to engage diverse populations and increase cross-cultural understanding. In January 2022, Dr. Agulay presented Schubert’s Winterreise, as the inaugural concert for this series, along with fellow colleague Dr. Yoon-Wha Roh, piano and Walla-Walla based visual artist, Keiko Hara, to create an immersive concert experience at the ESFCC.

As a performer, adjudicator and clinician, Dr. Agulay continues to garner recognition throughout the Pacific Northwest region with ongoing performances, masterclasses, collaborations, festivals and competitions. In the Fall of 2022, under the baton of Music Director Emil de Cou, Dr. Agulay will be a featured soloist for the Pacific Northwest Ballet’s production of Kent Stowell’s rendering of Orff’s Carmina Burana for their 50th Anniversary Season at The Seattle Opera house. Dr. Agulay made his debut at the Martin Woldson Theater at the Fox, as the baritone soloist in Carl Orff’s Carmina Burana with the Spokane Symphony under the baton of music director, James Lowe. He also made his debut with Wenatchee Valley Symphony Orchestra for their 75th Diamond Anniversary Season as a soloist for Handel’s Messiah under the baton of music director, Dr. Nikolas Caoile. A frequent soloist with The Palouse Choral Society, Dr. Agulay performed the world premiere of Kevin Padworski’s Vox Crepusculum, commissioned in celebration of their 20th anniversary.

Dr. Agulay has extensive performing experience in venues and organizations worldwide ranging from summer-stock theaters to nationally and internationally renowned opera houses –Opernhaus Zürich, Konzert Theater Bern, Theater Magdeburg, Central City Opera, Opera Theatre of St. Louis, Carnegie Hall, The Aspen Opera Center and The Opera Program at The Banff Centre for the Arts and Creativity. As the Grand Prize winner, Audience Choice and Director’s Choice of the Annapolis Opera Competition, he was praised with “…strong sound and stage craft…an acting baritone,” (The Baltimore Sun), and as the title character in Elena Kats-Cherin’s The Rage of Life at Konzert Theater Bern, “Possesses rich and exciting baritone timbres…executes a fine technique in an almost tenorial tesitura role.” (Kultureagenda, Bern, CH). Some memorable performances include singing the role of Mr. Lindquist in A Little Night Music directed and designed by American fashion designer Isaac Mizarahi with Opera Theatre of St. Louis, and at the Banff Centre for the Performing Arts singing the baritone solo in The Wound-Dresser by John Adams under the composer’s baton. Agulay made his operatic debut in Europe as a member of the Internationales Opern Studio and mainstage cast with Opernhaus Zürich. From his many mainstage roles, highlights include being a part of the world premiere of Marc-André Dalbavie’s Gesualdo, and Anno Schreier’s Die Stadt der Blinden and also singing in Leo Nucci’s last performance of Verdi’s Rigoletto. He also was featured in a run of Moshe Leiser and Patrice Caurier’s original production of Rossini’s Le Comte Ory alongside Javier Camerena and Cecilia Bartoli, which is now featured on a Live Digital Video Recording by Decca Music Group Limited.

Dr. Agulay received a Doctor of Music degree in performance, pedagogy and literature from James Madison University and Bachelor of Music, Vocal Performance at the University of Western Ontario, Canada, under the tutelage of Kevin McMillan. He earned his Master Degree from the University of Maryland, College Park as part of the Maryland Opera Studio where he studied with Dominic Cossa, and was selected by Marilyn Horne during her artist in residency to be a part of The Song Continues master class series at Carnegie Hall. While attending Oberlin Conservatory for an Artist Diploma, he was part of the last studio of world-renowned voice pedagogue the late Richard Miller.