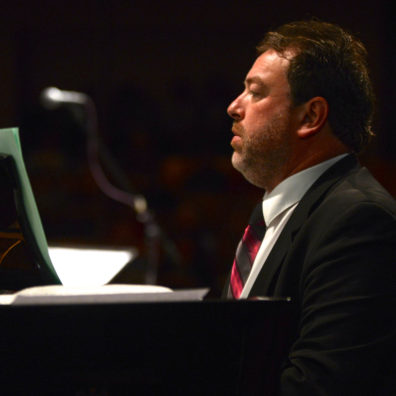 Brian Ward is a jazz pianist, composer, and arranger from Portland, Oregon. He has performed with the Oregon Symphony, Bobby Torres, Shirley Nanette, Curtis Salgado, Obo Addy, Thara Memory, and many others. Ward appears on a variety of recordings and his works have been performed at jazz festivals and concert halls around the United States. “City of Roses,” one of the arrangements Ward helped create for Esperanza Spalding’s latest release, recently won a Grammy Award for Best Instrumental Arrangement for Vocal Performance.

Ward currently lives in Pullman, Washington, where he is coordinator of Jazz Studies and instructor of Jazz Piano at Washington State University School of Music, teaching Jazz Piano, Jazz and Rock History, Jazz Arranging, Theory, and Ear Training. In addition, he performs with Jazz Northwest, Crosscurrent, and Nighthawk and works with student ensembles.

Ward received his Bachelor of Music degree in 1999 and Master of Science degree in Teaching Music in 2001 from Portland State University. Prior to his appointment at WSU, he was the combo coordinator and adjunct professor of Jazz Piano at PSU.