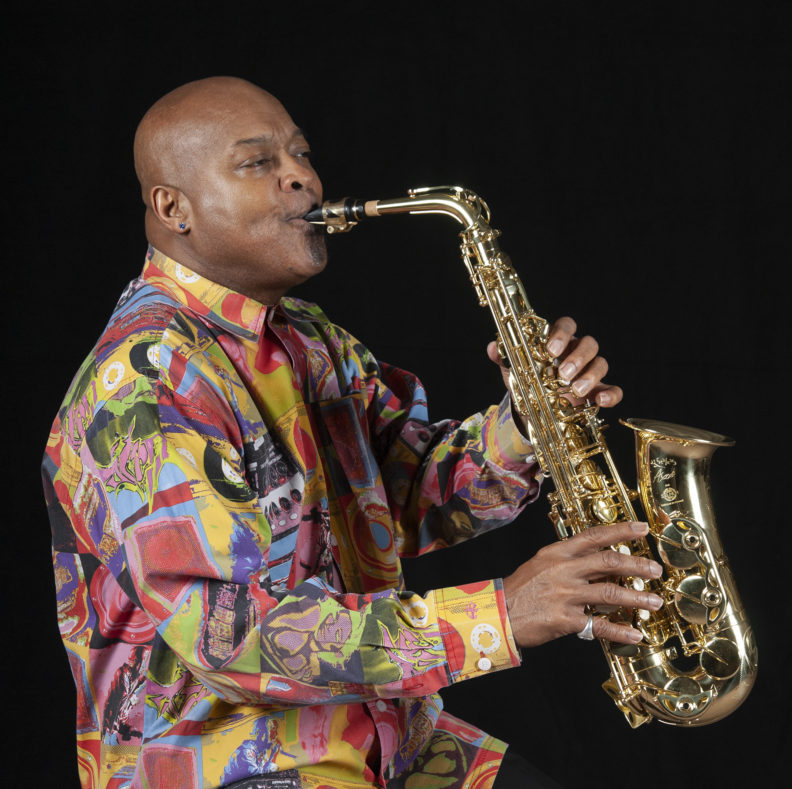 Prior to his current appointment at WSU, he served as Chair of the Contemporary Music Program at Santa Fe University of Art and Design (2014-2017) and Interim Director of Jazz Studies at Texas Southern University (2008-2014), where he conducted the Texas Southern Jazz Experience Big Band and The Joe Sample Jazz Orchestra (with Artist-In-Residence, Joe Sample). In addition to those appointments, he taught on the music faculty at Houston Community College (2010-2014), Washington State University (1998-2008), Sonoma State University (1983-84) and Rutgers University (1984-85). As a studio musician, he is very active as a featured soloist, session singer and he is the principal arranger and saxophonist with the NBS Hornz– with trumpeter Myron W. Jackson, III and trombonist, Andre Hayward. Mr. Young is in constant demand as an adjudicator and as a guest performer for numerous festivals and schools throughout the USA, Canada and abroad. He also performs as a sideman with noted recording/touring artists and as a leader of his own group. His recent recordings are found on the Pacific Coast Jazz label.